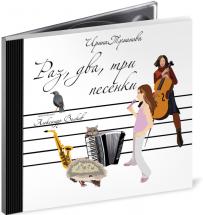 Kate Tumanova is a talented and highly regarded actress, model, and host hailing from Eastern Europe, specifically Moscow, Russia. She is only 24 years of age, yet has over fifteen years of acting experience under her belt, as she has been acting since she was just 8 years old and has been actively engaged in acting based work ever since.
She is also a highly intelligent individual, possessing a Masters in sociology which she was able to obtain at Moscow State University in 2010. As well as acting, hosting and modelling, Kate also possesses a number of other abilities and is considered a highly creative & capable individual as she has a keen eye for fashion and a talent for art & design.  Kate has travelled the world as a young and inspired artist, which she believes has helped to sculpt and broaden both her mind, and her horizons.
Though art and fashion were, and still are  passions of hers, acting is her one true love and as a result Kate made the decision to leave Russia, and relocate to the other side of the world to Los Angeles; where she has been relentlessly  determined to make a career out of  the things she loves the most. In 2014 Kate completed an MFA Program in Acting for Film.
Her hard work, dedication, drive and determination paid off as she has appeared in a number of highly successful commercials, short films, new media, print, features, theatre performances, music videos and much more. She has played a diverse array of characters, with some of her most memorable and decorated work being the lead in films such as "Block", "Kseniya Ruvalskaya", "Helen", "God Laughs at me", and "Dream Girl".
Among Kates many  goals she strives to make a lasting impression and a name for herself in both the film and theatre communities around the world.
In her free time you can find Kate reading, cooking, and staying  fit and healthy. Kate currently resides in Hollywood California.